There could also be commands to quicken or slow multiple different movements working together at different speeds almost simultaneously, like one player out of a band of three improvising musicians that never played together before, playing songs they've never played together before. One of them may change the tempo, and the other two, only from the notice of this former player changing tempo, follow. 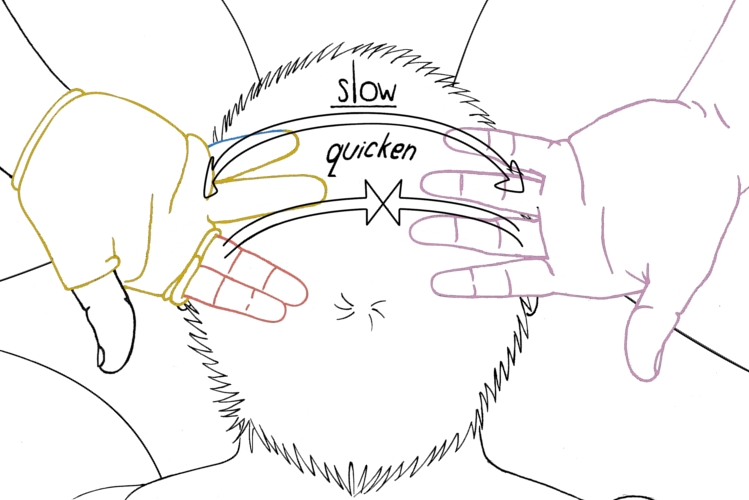 Things to note with the above picture:

The right index and middle fingernails are pulled together,

as the broad side of all 8 fingernails

as all the fingernails of the left hand are pulled apart,

and as the right ring and pinky fingernails are pulled apart from eachother and the middle fingernail on that hand.

This means the speed of the change of the

harmoniously change with respect to the movement of the tongue. 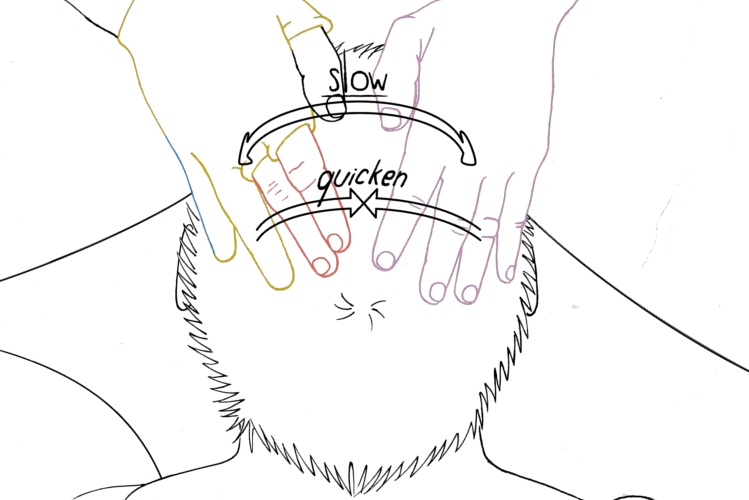 When fingerprints from the other side of the hands make scalp contact instead of the broad side of the fingernails, this may just refer to the change in the location of the tongue, lips, and penetrating fingers, while pressure from these 3 parts of the RE's body pulsate at the prior tempo or timing. 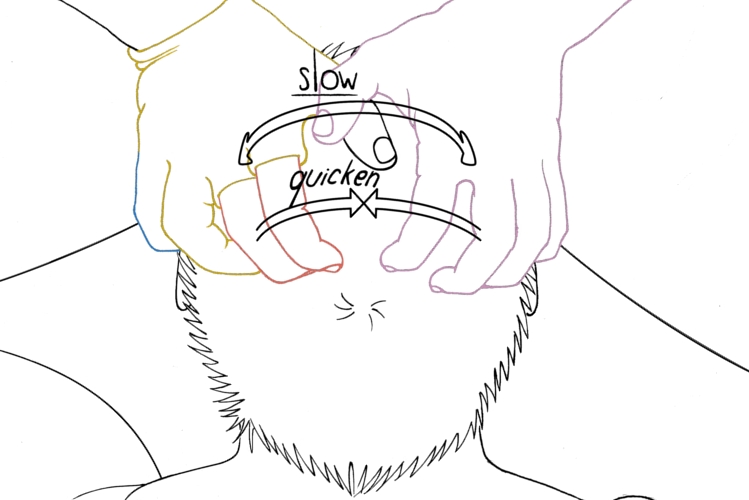 When fingernail tips make scalp contact instead of the fingerprints, this may just refer to the change in the pressure tempo of the tongue, lips, and penetrating fingers, while the location from these 3 parts of the RE's body move at the prior tempo or timing. This does not change pressure magnitude, but pressure timing. 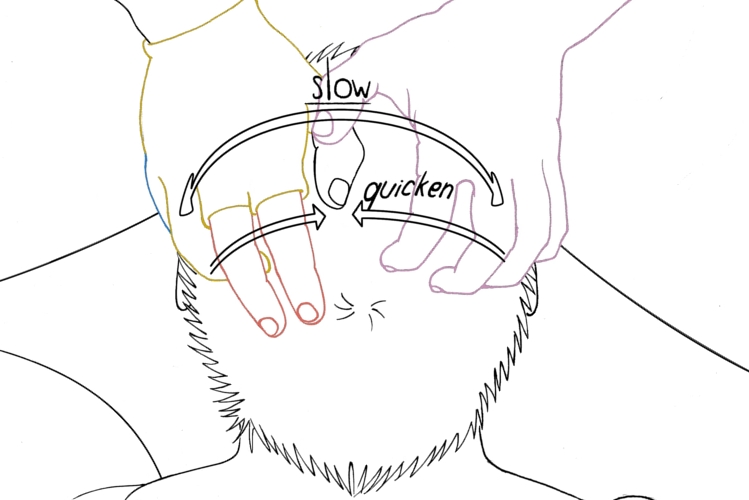 In the above case,

The right middle and index fingers are not making contact with the scalp,

as the right hand ring and pinky fingers and all the left hand fingers make contact with the scalp at the fingernail tips,

as these tips stroke towards from the top of the scalp to the ears or the opposite direction,

as the right ring and pinky fingers are pulled together,

as the fingernail tips of the left hand are pulled apart.

The tongue does not take this command.

The tempo of a pressure pattern

and the tempo of the mouth suction pressure pattern changes harmoniously with respect to the new tempo of the penetrating fingers.

An omission of scalp contact from a certain group of fingers would not direct any change from the system that takes orders from it.