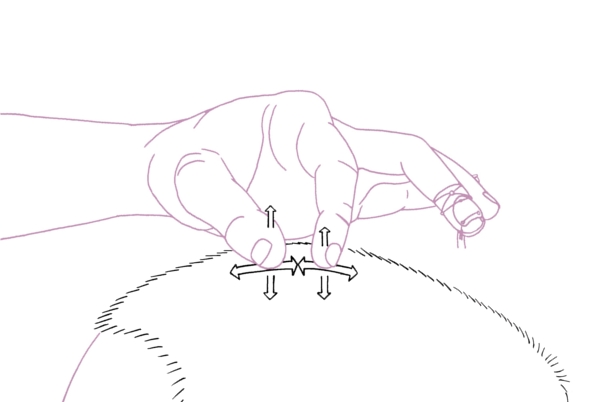 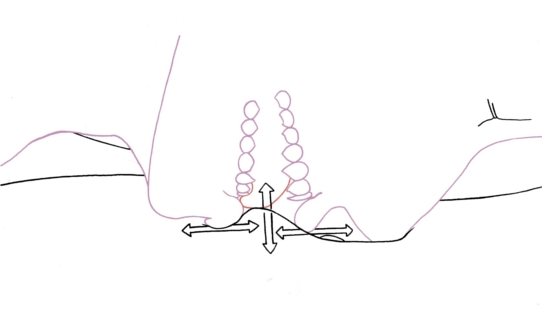 The ear-pulling exercise, but with the OW's right hand on the RE's ear that's on the same side of both spines as this hand, may direct the two lips' location range and reference on the RE's scalp. Whether or not the RE's mouth is closed, the two lips would move simultaneously, by the same distance and angles by the distance and angle of this pull. If the OW's right hand is off that ear of the RE, the OW's left pinky finger stroking one way or another, as the OW's left index finger and thumb are on the RE's scalp in the same constant location, may adjust the reference and range distances between the two lips. This assumes this pinky finger nail would be longer than the ring finger nail on the same hand.
Complication with tongue directions are addressed later. But for now, it may be recognized that the lips can travel a limited distance before the tongue would need to travel with them. And the RE's tongue can't twist by the force of their body without their jaws moving? 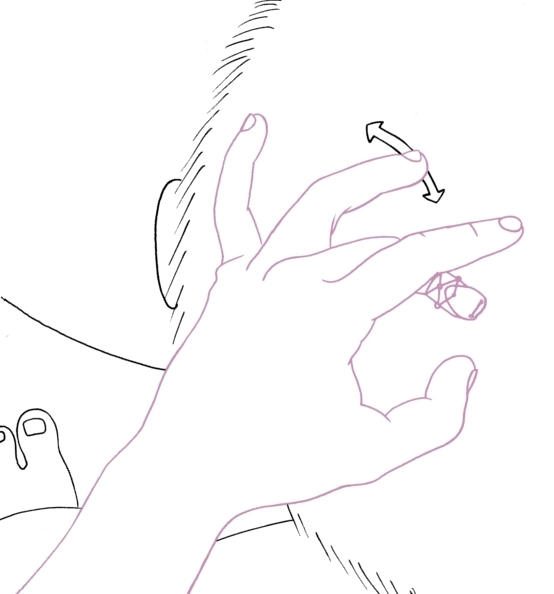 Communication of point of reference or range of suction

The pressure of these fingers may direct an amount of suction. Points of reference or a range of suction may be communicated by strokes of the ring finger on this same directing hand. As pressure and location of the index finger (or middle finger, to be discussed later) and thumb remain constant, the ring finger stroking one way may increase mouth suction, and vice versa. 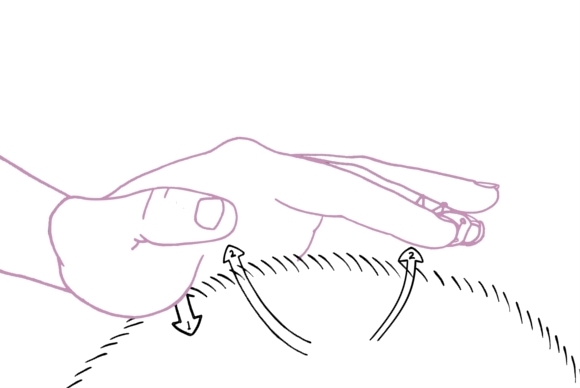 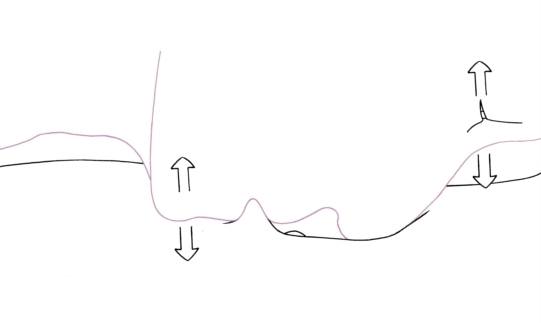 These two commands of location and pressure could instruct the lips to clamp a certain part of the skin. As the OW's index finger (or middle finger, to be discussed later) and thumb are on the RE's scalp, the OW's left hand palm may also apply some pressure, then they may lift their index finger and thumb from the scalp, directing the RE to clamp and pull the OW's skin with the RE's lips until this palm pressure stops. The strength of skin pulling may be directed by the amount of palm pressure. 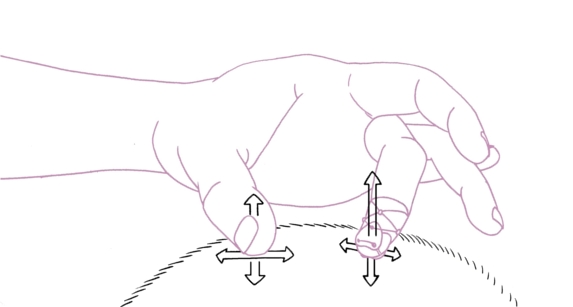 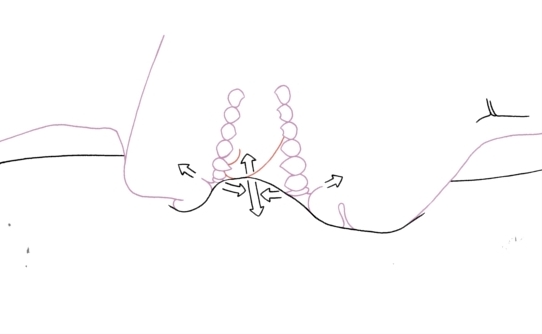 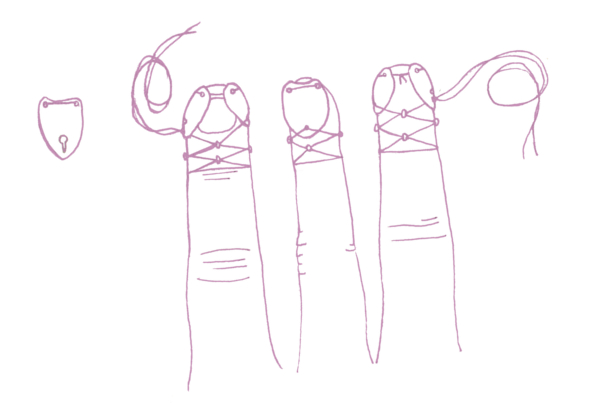 When the ends of the OW's extended middle finger and thumb are on the RE's scalp, this may imply the RE's teeth are against the skin of the OW as the RE's lips still have some sucking role. To distinguish the feel between the middle and index fingers, a nut or seed shell may be ground or cut, drilled, and tied onto the fingertip.