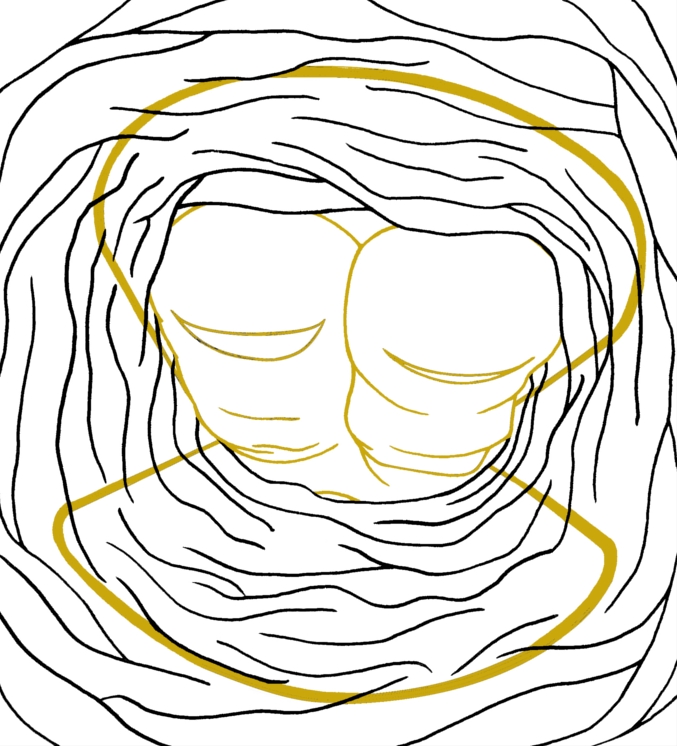 There are two parts of the inner surface area of the vaginal hole. Think of two flexible rectangles that cover two parts of the inside this hole. The rectangles' length are determined by how far a finger can penetrate. Points on the center of each rectangle width are directly below the urethra hole and clitoris and are in line with these spots and the butthole. So, from the perspective of someone laying flat on their back or belly, looking at a vagina, one rectangle is centered around the top of the vaginal hole, the other is centered around the bottom. This makes two "map" perimeters to be illustrated on the RE's scalp to communicate the range and points of reference of where someone's fingers are and should go against the inside surface of this flexible hole. So the ear pulling exercise may be used here too, although the OW's hand may also just be directly assertive to the RE's hand since their head doesn't need to be in the way. Going from one rectangle to the other while the OW is defining each perimeter may be made by a tongue stop-and-start command that is described later. 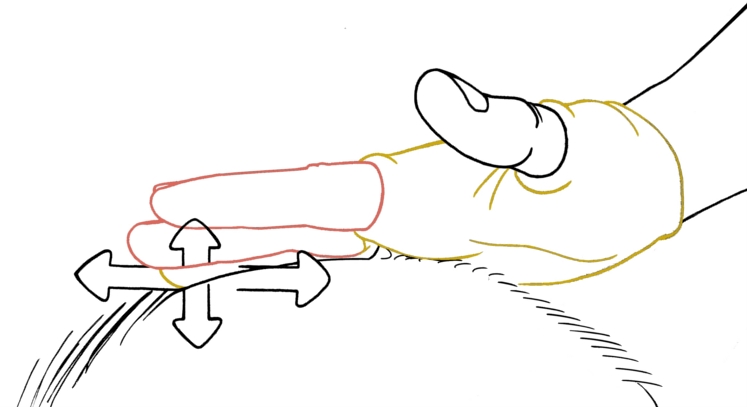 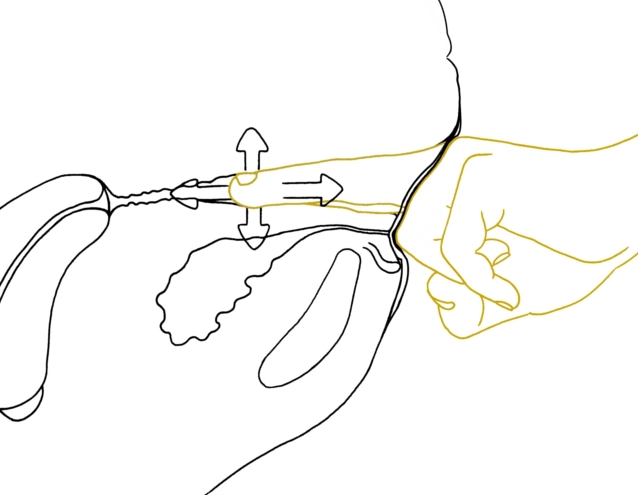 These directions are made with the OW's right hand ring and pinky fingers. The harder the OW's fingers press, the harder the RE's fingers could push in a direction perpendicular to the inside surface of the vagina. 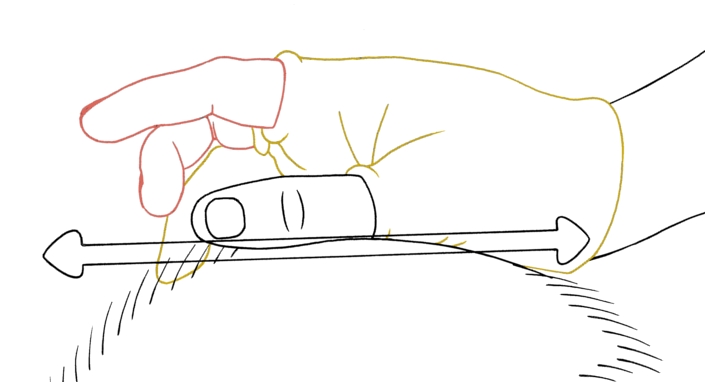 The range and point of reference of pressure with this command may be communicated by the middle joint and knuckle of the thumb stroking forwards or backwards as ring and pinky finger pressure remain constant. 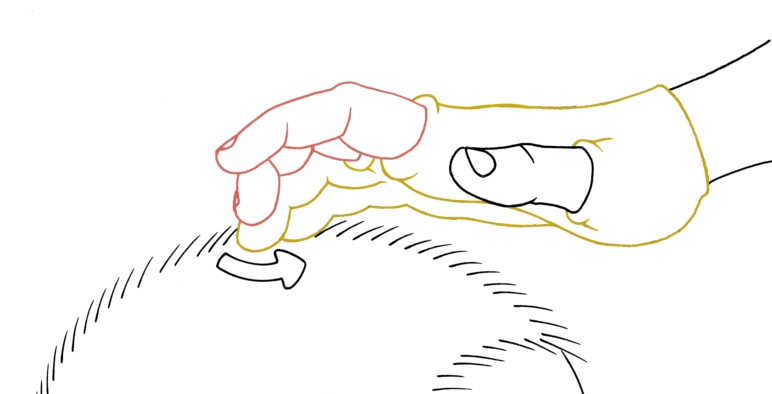 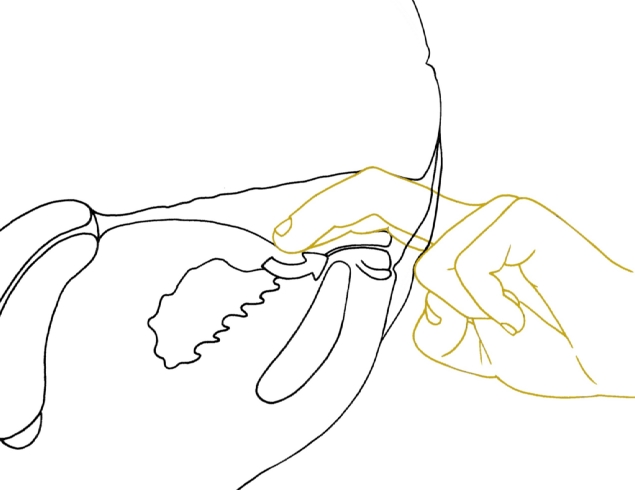 If the RE isn't bald, it may be important to cover either the index and middle fingers or ring and pinky fingers of the directing hand with some material of a different texture, hardness, friction, and/or heat retention, so the feel of them stroking the scalp can be more easily distinguished from the fingers that direct the tongue, lips, etc. A two-fingered cotton or wool knit glove may work if the RE has short hair. 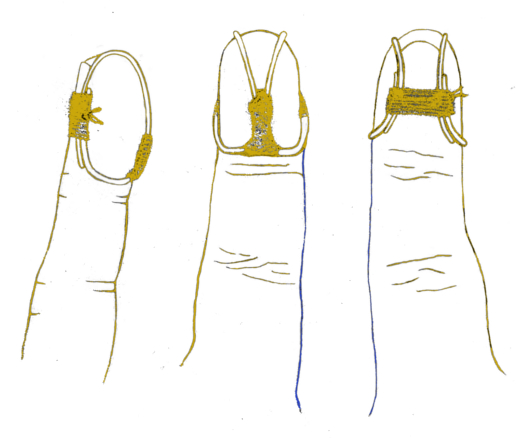 If they have longer hair, a wrapped wire design tied on the tips of these fingers may also work. If the distances between the wires on the finger are never consecutively the same, this may help communicating how curled the RE's fingers should be.